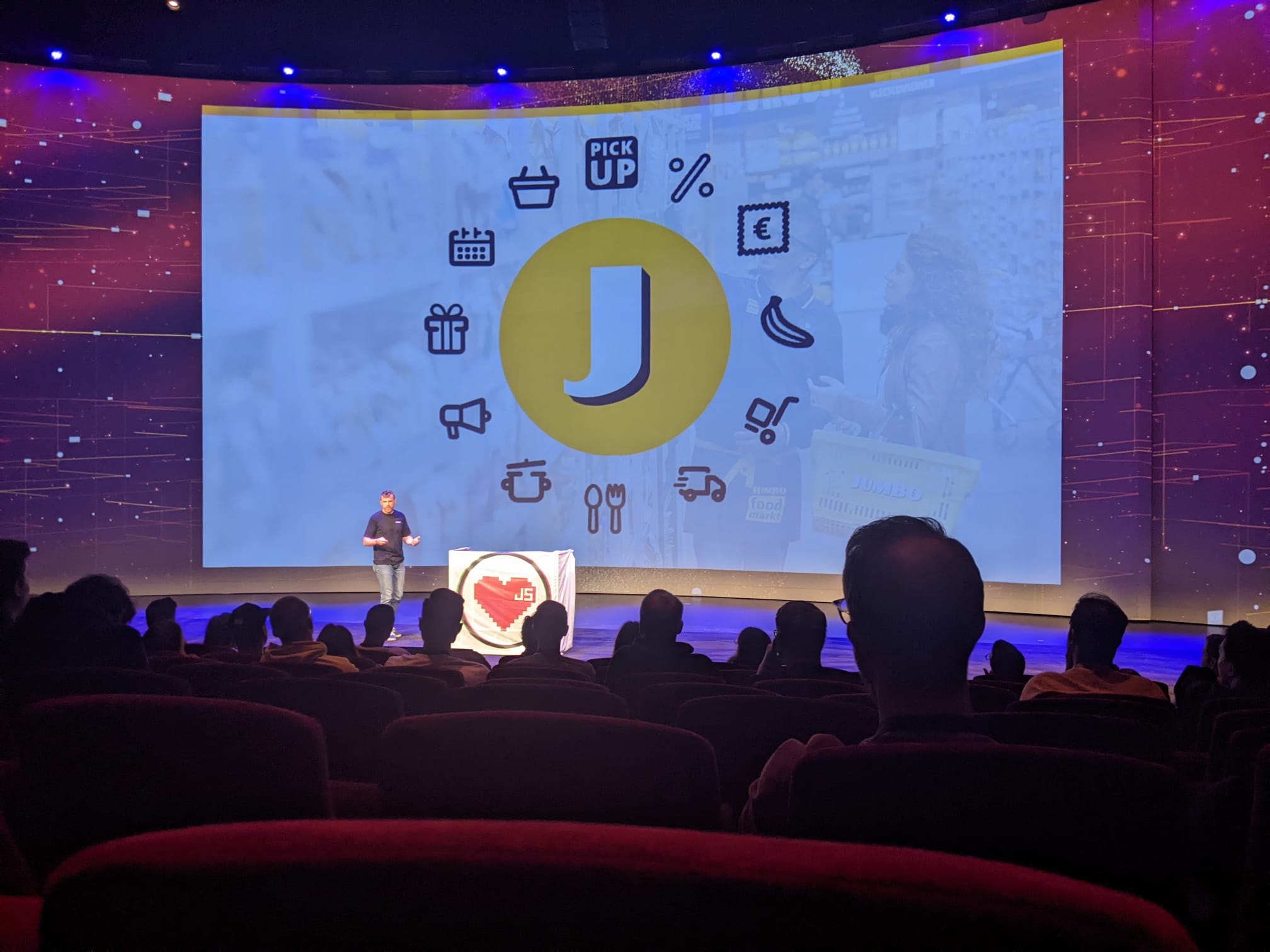 Last week I had the opportunity to speak at VueJS Amsterdam ❤️ together with a colleague of mine. It was my first time doing a talk at such a big event and thought to share my journey, and give you considerations for when you will be giving a first talk!

Small disclaimer: I am by no means an expert in speaking, but that’s exactly why I think this post gives you insights for starting out. Also, the talk we gave was about a certain technology, but I think this article is generic enough to apply for any topic.

We had a very specific topic in mind since we were working on a very specialised solution within our company. The plan was to outline our companies’ discoveries and solutions during the talk, and mainly to inspire others who are on a similar journey. We had a lot to talk about and were both very passionate about this subject, so the bottom line here is: choose a topic that suits you well.

We then set on preparing the slides. Which led us to think about the type of talk we wanted to give (we chose a storytelling format) and what story we wanted to tell, taking the audience into consideration.

With rough outlines and keywords we set out to mark our storyline. At later stages, we added more texts and removed obsolete slides which didn’t add value to our story.

The process of sculpting first storyline from the crude keywords took quite some time, but is was totally worth the effort. While working together we were constantly asking ourselves: What is the message here? Does the order make sense?

Working together at this stage really helped us finetune our story and keep the focus on the subject.

Once we had our story complete, we started to add visuals to the slides. Pictures that supported each slide, icons and graphs. We added a bit of fun in there as well, since it fitted our personalities and audience.

The images gave us visual references during the talk, but would also serve as mental anchors for the audience and supported conveying the story we wanted to tell.

Getting the story right

So now we had a draft version. We invited a couple of coworkers to act as an audience for the first time. We felt this was the earliest convenience to do this, since we only just had a coherent story to tell.

Getting feedback at this stage was vital for perfecting the slides. Test early, test often.

At this stage we didn’t really change the story, but rather tweaked the slides to better support what we wanted to tell.

After this, we went public. In a small setting, but outside of the company. We reached out to a local university to do a try out. We did this mainly to get more confidence on stage by getting some hands on experience.

We were both able to present our story as a whole, but at this point we divided the presentation, since we were going to present it with the two of us. The story luckily lends itself to be split halfway through in a sensible way, so that’s what we went with.

By now we had our story straight, had a bit of experience under our belt and some time to kill. What we did was practice. Practice with the remote (sound silly, but why not), Practice moving on stage. Practice passing the word to the next speaker.

With all of that practice, we noticed that we never told the same story twice, but did always have the same message.

That’s fine! To us it signalled we were ready to handle the presentation and maybe even improvise a bit on the spot.

If you have the chance to do a proper rehearsal, on the actual stage a few days or so before the actual event, then that’s just perfect! It’s usually probably not the case though, so don’t sweat it! 😅

So assuming that you (as did we) had no opportunity to do a rehearsal, you will probably be asked by some backstage manager/speaker care to test your stuff before or in between talks (plugging in an external monitor isn’t always easy, especially if it’s as big as 500 m²!) on the day of the event.

At this point we did get a bit nervous: seeing rows after rows of seats from the stage can be a bit intimidating. But by now we’ve done many practice runs we could each do it blindfolded.

Make sure you know what’s expected of you. Where should you be before? At what time are you being called? Are you going to wear a mic on your body or is it handheld? How are you expected to enter the stage?

We had to try setting up at multiple times, because you know, it’s crunch time for everybody at this point. 🤷‍♂️ Just make sure to voice any concerns you have to the organisation!

As soon as you’re called on stage, let the fun begin. We noticed that, with practice, you ease into the new situation. Of course not everything went as expected, but in the end it wasn’t any different than with previous practice runs. Did we get a perfect result? I doubt it, but we think we did really good.

We were scheduled as the closing talk of the first day, which could have been a bit taxing with 10+ predecessors. Luckily we didn’t have a highly technical talk and with our free format we were able to weave in references to earlier talks of that day, which I think was kinda great to have been able to. 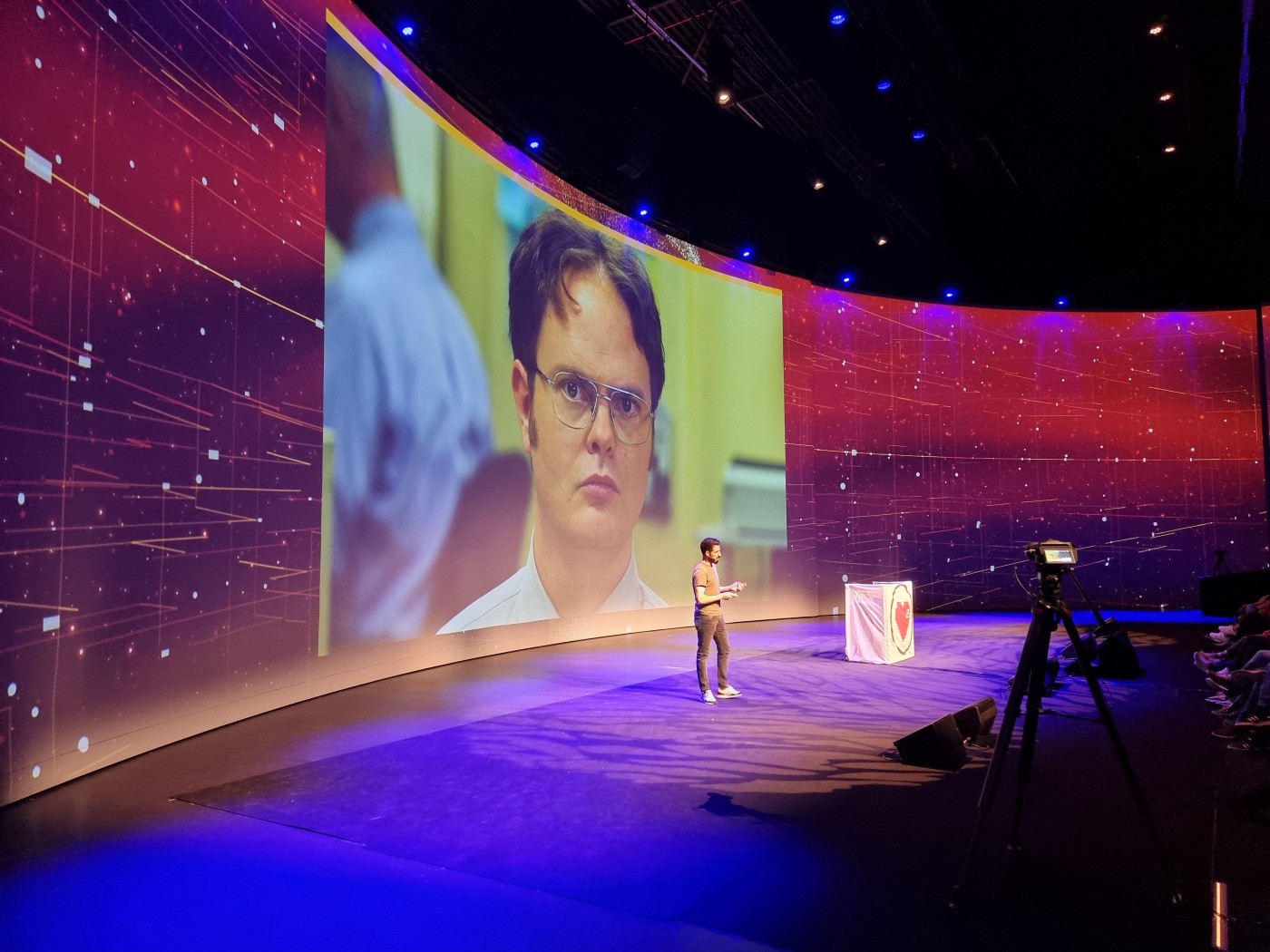 Congratulations! You did something which makes a lot of people very nervous or outright terrified. The fact the you went ahead with it is something to be proud of!

So at VueJS Amsterdam, the speakers had a group chat, went laser tagging, for drinks and had so much fun! We had a blast connecting with the other speakers on the event. People you wouldn’t normally be in casual contact with. 🙌

Also, we’ve talked to veteran speakers we thought were really at ease on stage, but they in fact shared that they too are nervous every single time they get on stage!

So if you do happen to get an all access pass to this bit of fun, don’t pass it up and enjoy the fun!

Turns out I really liked speaking in front of an audience and it was such a rush. I didn’t feel that nervous and had such a blast on and around the event. I did need a day to unwind afterwards though. 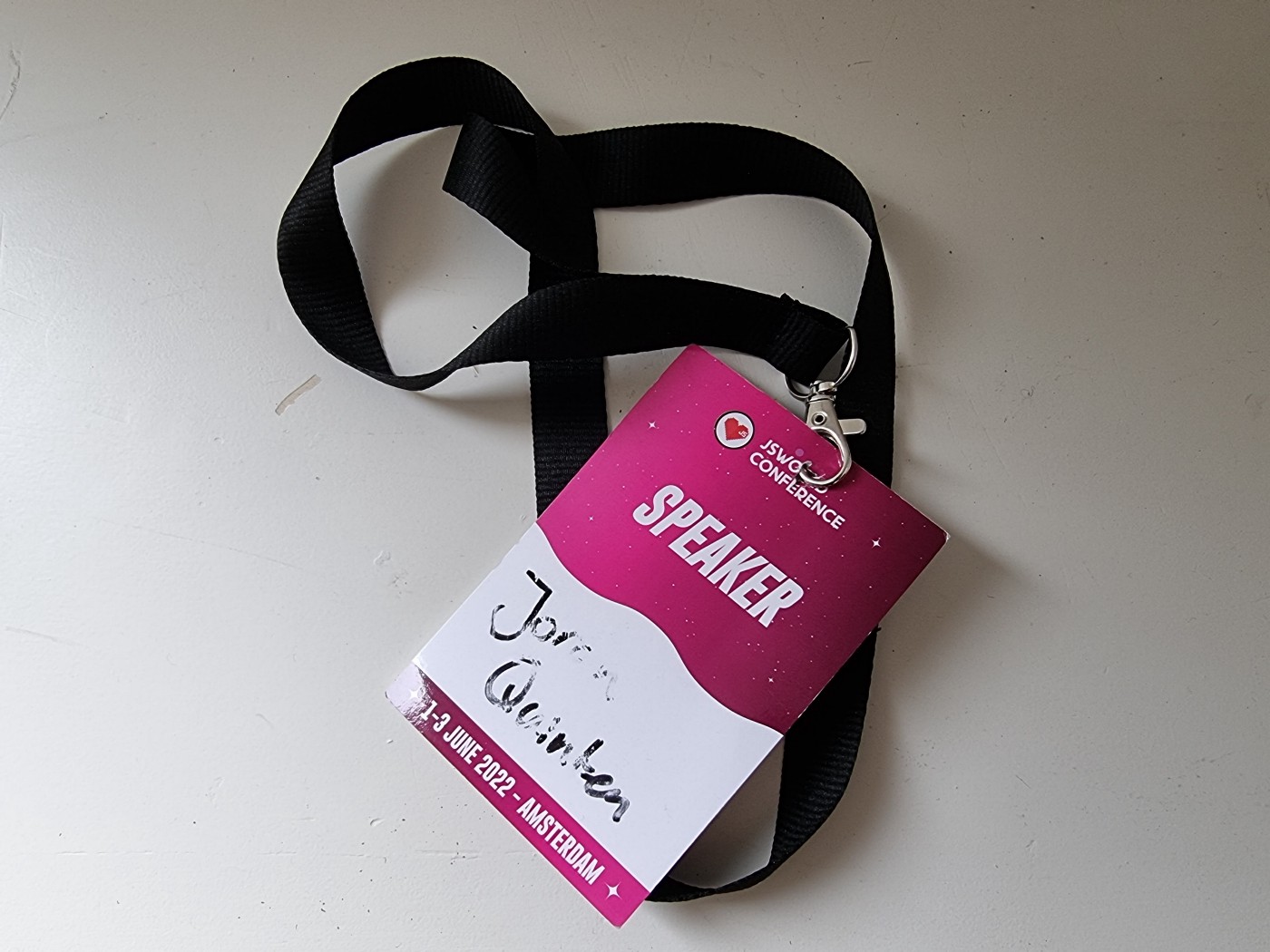 I have so much information to share, but didn’t want to overcomplicate the story, so a couple of standalone tips because why the heck not: